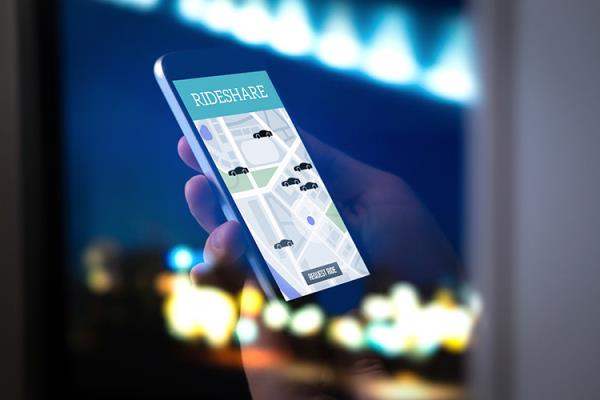 It’s no secret that the share economy is on the rise. From crowdfunding to coworking spaces, today’s hottest industry is all about exchanging resources on-demand. Emphasizing use over ownership, the share economy’s most popular commodity is, without a doubt, rideshare.

Ridesharing services such as Uber and Lyft have radically changed the world as we know it. With the early beginnings of Uber dating at 2010 and UberX, the company’s most widely used service, launching in 2012, it’s remarkable how drastically the landscape of transportation has already changed. In the United States alone, the ridesharing sect offered services to over 50 million users in 2017—and is estimated to grow to over 77 million by 2022.

Despite rideshare’s meteoric climb to success, don’t mistake the larger industry as a mere fad. The share industry is estimated to reach a cumulative worth of approximately 335 billion dollars by 2025, effectively transforming our entire cultural landscape in the meantime. After all, how many times do you and your colleagues use the word “Uber” to refer to the act of hailing transportation? Yes, this lingo has become so ubiquitous that the term refers not just to the multi-billion-dollar company’s brand name, but also to the service it provides.

Rideshare has become so increasingly popular that it has begun to impact the multifamily housing industry as well. As of last spring, Uber began rolling out designated pick-up and drop-off locations within select apartment communities in large cities such as Houston. Because of this new trend, some apartment communities are even hoping to reduce parking lot sizes since many residents are beginning to use rideshare apps in lieu of owning a vehicle. Seattle, Denver, Minneapolis, Boston, San Francisco, and New York are a few of the cities now currently looking into such measures.

Even if your property has no foreseeable plans to reduce its resident parking lots, it’s still possible to become “Uber Chic” with a few minor additions. Create a designated rideshare pick-up and drop-off area within your community for prospects and residents. It can be accomplished by utilizing signage near or around the perimeter of the designated area. For communities with higher volumes of activity, line striping can clearly delineate the designated spots. Be sure to include rideshare service logos and, if needed, a parking time limit to reduce misunderstandings between the driver, rider, and property manager.

Another option to spotlight your forward-thinking, tech-friendly mindset is to integrate Uber’s app into your community website. The reasoning behind a rideshare website integrations is twofold. It allows you to indicate that your apartment community understands and accommodates your prospect’s digital lifestyle while implementing a round-about marketing tactic that will increase in-person foot traffic. Once the prospective resident is dropped off in your designated rideshare area, they will know that you are attune to their contemporary lifestyle needs.

In fact, multifamily technology provider 365 Connect recently launched a first-to-market integration with Uber, connecting their award-winning apartment marketing website platform to the popular app. Their integration with Uber allows one-click ride bookings to be scheduled directly from a community’s website. The application is programed to the property’s address and automatically maps the route to the respective apartment community, eliminating any data input from the end-user, who is able to book using their current location.

“The Ride with Uber feature creates a natural extension of the mobile experience, which is designed to drive prospects directly to your door,” explained Kerry W. Kirby, CEO of 365 Connect. “As Gen-Z continues to become the most powerful renter demographic we have ever seen, it is critical to unify solutions into one cohesive digital ecosystem, integrated with social, mobile, and local search, whether it’d be hyper-focused web content or apps being used daily such as Uber.”

For next-gen consumers, living a mobile and connected lifestyle is more important than owning materialistic items, so embracing the concept of a sharing economy is ideal to capturing this targeted demographic. However, young adults aren’t the only ones seeking mobility options. Although Millennials and Generation-Z are undoubtedly the most active rideshare users, seniors are joining their ranks as well. To accommodate this growing pool of riders, senior properties should not skip out on this relevant integration tool.

One thing to keep in mind when it comes to the share economy and its many subsequent apps is that the hype all boils down to ease of use. Adding an Uber integration to your apartment community website is a simple and straightforward way to encourage potential residents to take the next step in the leasing cycle by scheduling an in-person tour of your property. In utilizing this powerful integration tool, you’ll harness the power of suggestion, target valuable leads, and increase overall occupancy at your community.