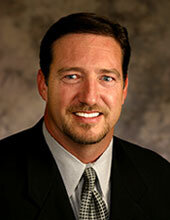 John Cullens is the CEO and Founder of CXC Talent Solutions and ApartmentCareers.com. John began his career in property management in the late 1980’s and has held roles of vice president and a regional partner for a large national property management company. After leaving a direct property management position, he became a partner and eventually COO for BG Personnel (now BG Staffing). During the next ten years, John and his partner led BG’s growth to become the largest staffing company specializing in apartment personnel in the country. John sold his interest in BG to pursue other staffing and consulting ventures in 2006.

During his tenure at BG, John also founded ApartmentCareers.com. ApartmentCareers.com is the most widely visited job board catering to the apartment industry. The ApartmentCareers network of career centers includes the National Apartment Association Career Center along with other affiliate sites. Apartmentcareers.com has invested over $50,000 as a Sustaining Contributor to the TAA Education Foundation and in the NAA Education Institute’s campaigns. In 2013, John and other business partners founded CXC Talent Solutions to address the growing challenges property management companies face staffing their companies and properties for full time, temporary and project or contingent based needs.

John received the Certified Apartment Property Supervisor and the Certified Apartment Manager designations from the National Apartment Association. John also received the Certified Staffing Professional designation awarded by the American Staffing Association. He has served on the Board of Directors for the Apartment Association of Greater Dallas as a Director or Committee Chair since 1996, a Board Member or Alternate to the Texas Apartment Association since 2000, a NSC Member since 2000 and delegate or alternate to NAA since 2002. In addition, John has held local and national leadership positions for the IT Staffing trade association TechServe. One of John’s biggest passions has been in the area of PAC fund raising for the industry. His efforts along with Kirk Tate from Houston lead to the start of the Challenge Cup Golf Tournament. The Challenge Cup has raised close to $500,000 for the NAA PAC since its inception and is still going strong.

John received the NAA Excellence Award for recognition of his contributions to the National Suppliers Council in 2017. He was also recognized by TAA with the Olin Steele Lifetime Achievement Award in 2013 for his record of volunteer service to the Local, State and National associations as a Product and Service member. John was also awarded the Apartment Association of Greater Dallas’ 1998 President’s Award in recognition of his efforts to raise awareness and funds for AAGD PAC. John graduated from the NAA Leadership Lyceum in 2008. He still has an active role at the Local, State and National Apartment Association serving on numerous committees and as a NAA Delegate.

Excellent place to work with.

The time I had with cxc was great. I had no regrets at all. I loved the agents who called and made sure I was happy and well fit for that position I was appointed too. I was most greatful for the pleasure working at every property I was assigned to. I just wish they never left Houston. Cxc was on point with making there employees happy Everytime.

I good temporary service. They will help you find permanent employment with a company that meets your skill level. They are good about checking in with you to see how your assignment is going.

Your typical work day you come in check your property, check your mail if it’s the first of the month for rent, run reports, post payments, run credit and background check you will have to learn new programs if your familiar with them. There is a lot of diversity in this filed as well as personalities they may be the hardest part of the job but the most rewarding is being able to help a family that may have had the hardest time find a decent place to live.